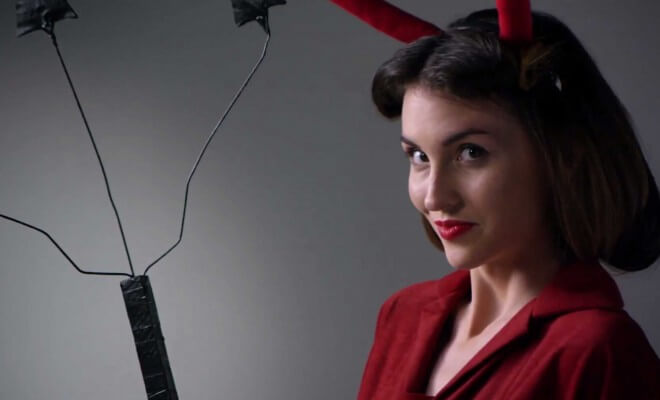 October 31st is drawing near, marking a night of dread and fear.

That may have been the case 100 years ago but after watching this video of Halloween costumes for women from 1915 to 2015 in just three minutes, it is very obvious that females may have lost touch of what a ‘scary’ costume is in the past few decades. The video is brilliantly put together to highlight the changes in style over the past 100 years, especially from 1945 onwards.

Any type of costumes have always been ways for us to put on and be somebody else which is why the Halloween holiday is so popular with not just children but with adults too. Children love dressing up regardless of what holiday it is but adults need to be given a reason. It’s hard to imagine that costumes, particularly Halloween costumes can be considered fashionable but if you’re honest with yourself did you put more thought into the outfit you’re wearing today or your costume for last Halloween?

We basically have one night to shine as deadly devils or wicked witches but from watching this video, it is very clear our initial aim to ‘frighten’ has been replaced with the aim to ‘seduce’. At the beginning of the video back in 1915, the video starts with creepy, music box audio that compliments the terrifying full length gown and paper mache head perfectly. We have to remember that 100 years ago, people couldn’t just order a witch’s costume from Amazon. People had to improvise and make home made outfits which creates a childlike, disturbing aura to the costume. 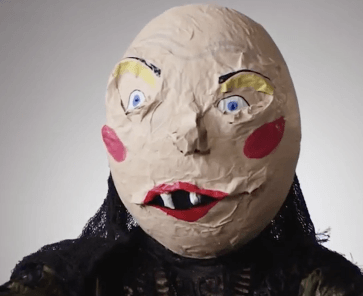 By the time we get to 1965 with the extremely provocative, tight, cat outfit, the fashion of the costumes have taken a completely different turn. Sex appeal oozes through every pore of the outfits (1985 may be the exception). What created this sudden need to look sexy on Halloween night? Is it a coincidence that one of the biggest changes during the late 21st centuary was creation of the internet? 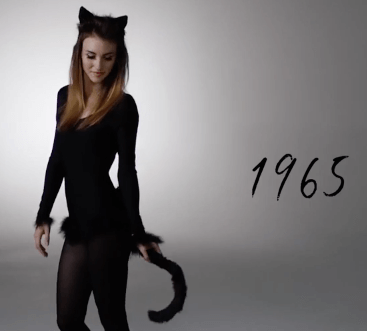 When the video first started, you look forward to seeing the change in costume and even look forward to seeing 2015’s example. Maybe you think that you can get some inspiration for this year’s? But as soon as Brittany Spears puts in an appearance in 2005, you actually start dreading what today’s generation is going to be remembered for. Rightly so, because our representative is nothing short of a Kim Kardashian costume with a huge bottom, spraying champagne over herself. 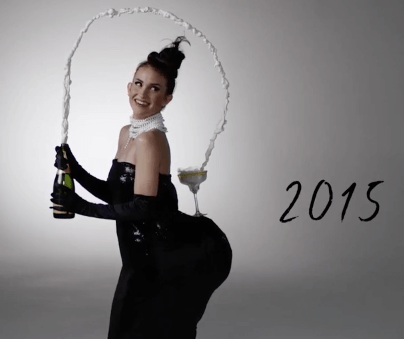 Fashion changes with the times, we all understand that but do we want to be remembered as the generation who forgot the meaning behind why we dress up at Halloween? Who lost touch with what’s scary? Or has dressing up evolved into something new? Costumes were a way to become someone new, now they’re a way to become someone sexy. That’s not necessarily a bad thing- to embrace our femininity in a sexualised way but what we have to remember is simply- this is what we will be remembered for. Let’s make 2025 something to be proud of.